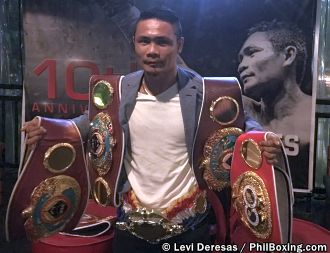 CEBU CITY — The Philippines’ longest reigning world boxing champion Donnie ‘Ahas’ Nietes pose with his belts Saturday night, September 30, as he was feted by ALA Promotions and Cebu sports media at The Social at the IT Park here to celebrate his decade long championship run.

Nietes won his first world title on Sep. 30, 2007 at the Waterfront Hotel & Casino in Cebu City when he defeated Pornsawan Porpramook of Thailand by unanimous decision for the WBO world minimumweight title. He had successfully defended the title four times, thrice inside Mexico, making the only Filipino to achieve such a feat.

On Oct. 8, 2011, Nietes captured the WBO world light flyweight championship against Mexican Ramon Garcia Hirales in Bacolod City. He defended the belt nine times before again moving up in weight to campaign in the flyweight division on Sep. 24, 2016 defeating veteran Edgar Sosa of Mexico for the WBO Inter-Continental flyweight title at the StubHub Center in Carson, California.

Last April 29, Nietes captured his third division world title by defeating Komgrich Nantapech of Thailand for the IBF world flyweight championship. Nietes is scheduled to defend his last belt against mandatory challenger Juan Carlos Reveco of Argentina in a yet to be determined venue. 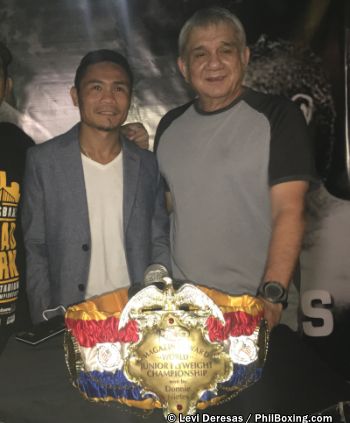 Nietes poses with his No. 1 fan and benefactor, sportsman Antonio L. Aldeguer, founder of the famed ALA Gym of Cebu. 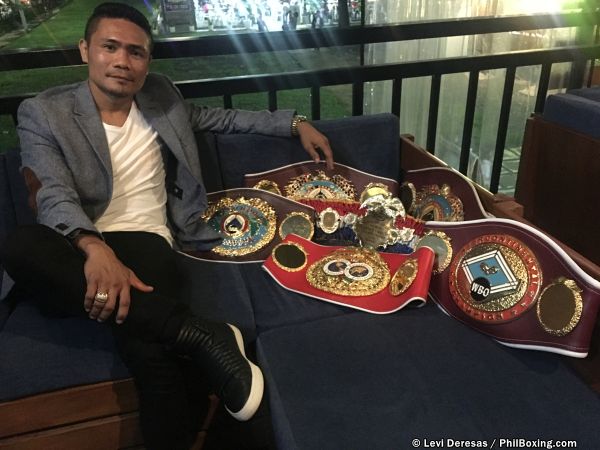 Nietes poses with his belts.