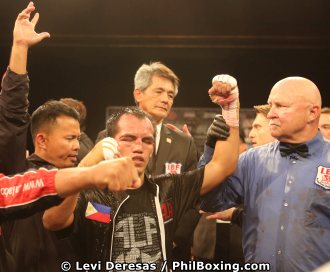 CEBU CITY – Milan ‘El Metodico’ Melindo of the Philippines showcased his superior boxing skill highlighted by a knockdown score in the final round to retain his IBF world super flyweight crown over Hekkie Budler of South Africa in front of the hometown crowd at the Waterfront Hotel & Casino Saturday night.

Melindo (37-2-0, 13KOs) landed the cleaner and more telling punches throughout the match as everytime Budler tries to penetrate inside Melindo always gets the better of the exchanges. In the 6th round, Melindo was cut with a headbutt in his left eyebrow as the round came to a close and fought bloodied in the remainder of the fight. Another cut inflicted by what appeared to be an intentional headbutt by Budler in the 10th round compounded Melindo’s trouble who later said after the fight that the blood all over his face had hampered him badly. The referee stopped the fight several times to check on Melindo’s cut.

Budler, sensing that he was behind in the scorecards, went for broke in the last three rounds but as a result he kissed the canvas in the 10th round courtesy of a Melindo combination. 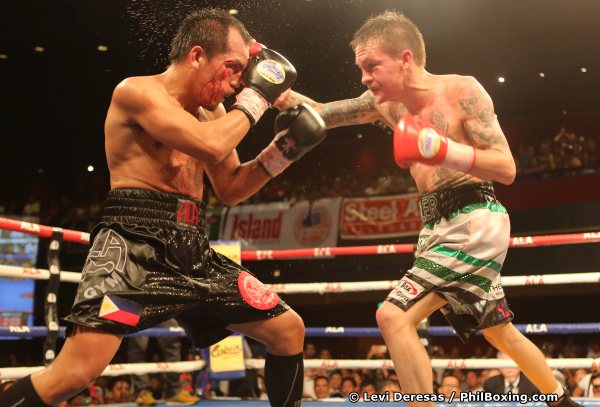 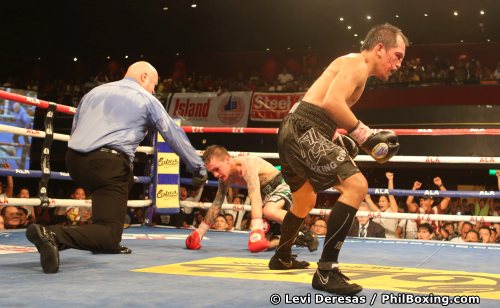