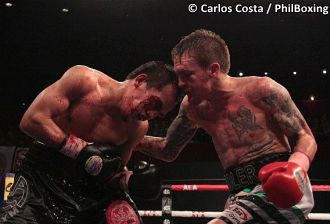 CEBU CITY, Philippines — In one of the fiercest, bloodiest battles ever staged at the Waterfront Hotel & Casino in Cebu, Filipino Milan Melindo scored a split decision win over tough-as-nails South African warrior Hekkie Budler to successfully defend for the first time his red-and-gold IBF Jr. Flyweight world title Saturday night; and fans who were expecting some Saturday night excitement, got much more than what they could have bargained for.

From the get-go it was a hellish non-stop action war with both fighters engaging without clinches nor holdings at close and mid range with Melindo taking the early rounds though the speedy Budler always moved well, throwing combinations and showcasing his excellent technique against the bigger-built, heavier Melindo whose punches seemed to carry much more TNT.

In the fourth, Budler landed more blows, though without severely rocking Melindo, as the Filipino sent less punches, but with more damaging power, both boxers displaying enviable endless stamina throughout the tough 12-rounder combat.

Hekkie was victim of a horrible non-intentional low blow that sent him in agonizing pain to the blue canvas of the Waterfront Hotel with the third man Wes Melton of Arizona granting the customary five minutes for the South African to recover, which he did, just to get back into the relentless action.

In return, Melindo got severe cuts in both eyes product of unintentional headbutts, for which the American referee requested several times for the GAB doctor’s opinion, though the violent, big drama encounter was not stopped. It raged on till the sound of the last bell.

Arguably the fight should have been stopped by the 10th round when Melindo got a second damaging non-intentional headbutt that got him bleeding profusely from the the right eye. He was already cut in the left. 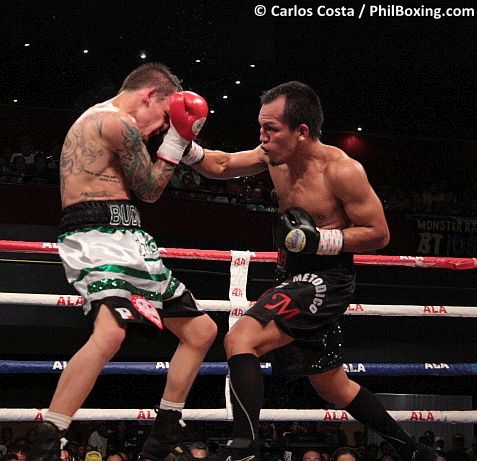 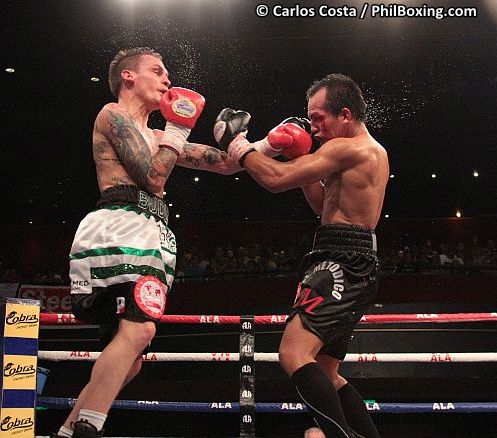 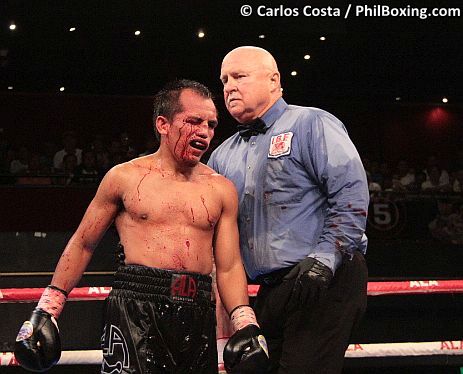 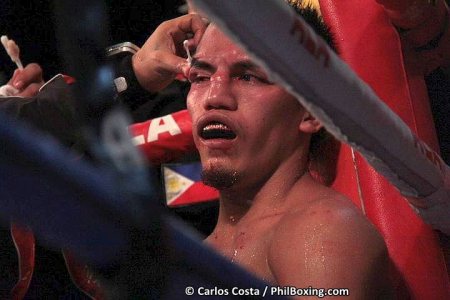 The rough action proceeded with even more intensity as the braveheart South African visited the floor in the 12th, though in a split-second he was already up on his feet without showing any symptom of grogginess.

After the count, Budler engaged Melindo and the two men went mano-a-mano with the ferocity that the final minutes usually give, though in this case the dramatics was multiplied by ten with both combatants giving it all in the final stretch, Melindo bleeding from both eyes throwing bombs probably without seeing clearly and Budler answering attacks, not backing away, not even one second of action being wasted.

At the sound of the last bell, both warriors covered in blood and sweet embrace in great sportsmanship gesture. 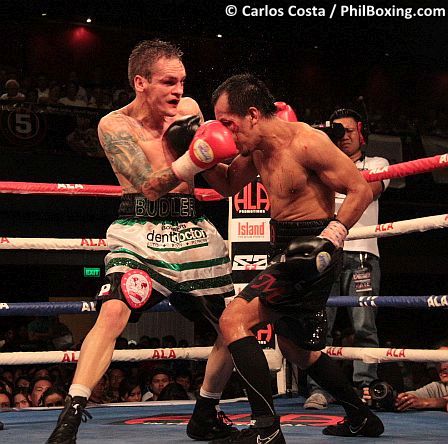 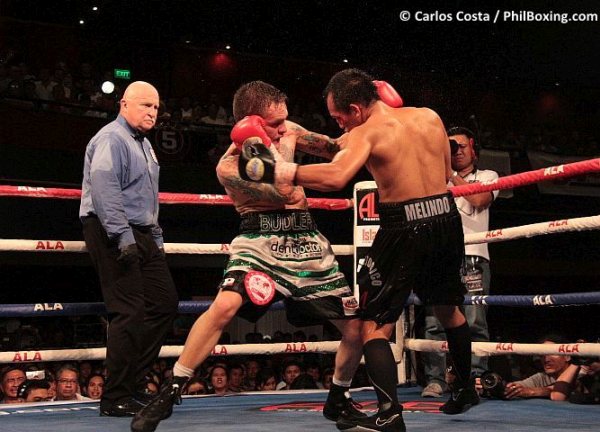 When the scorecards were read, fans discovered that – even with the last round knock down – Italian-Australian judge Carl Zappia voted for Hekkie Budler 115-113. The South African team applauded this scoring.

Then, in sharp contrast, judge Takeo Harada saw the clash widely in favor of the Filipino 117-110; with the third judge, veteran Glenn Trowbridge of Las Vegas, seeing the bout in favor of Melindo 115-112.

This author saw the fight close with Melindo taking the last two round, the knock down helping his cause enormously. The initial rounds belonged to the Pinoy as well.

In conclusion, it was an awesome, memorable performance between two world champions, both men giving it all for the victory, though the battle was only sanctioned by the IBF, which means that the 29 year-old Hekkie Budler is still the reigning IBO Jr. Flyweight world champion, while the IBF world champ Melindo will be looking forward to his second title defense. 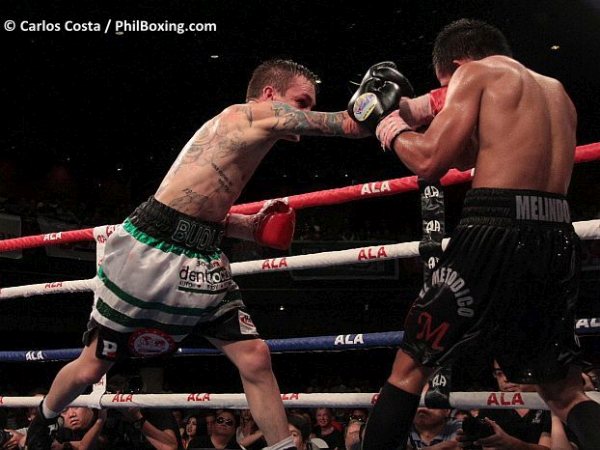 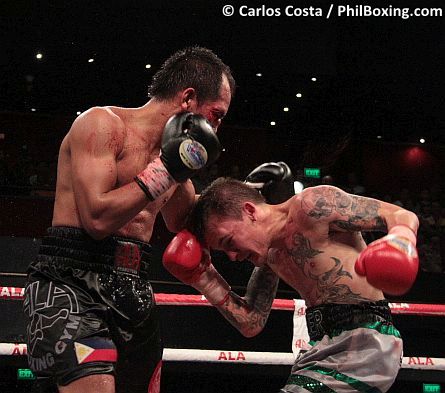 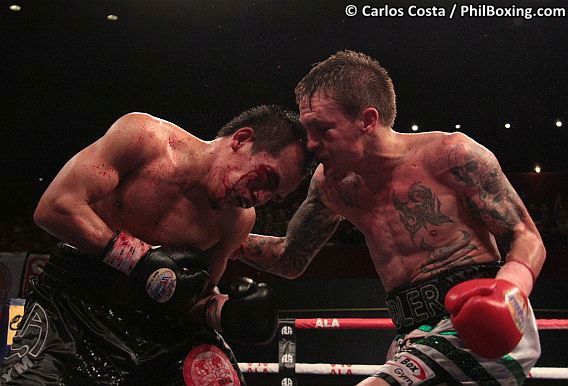 The author Carlos Costa of Panama is a boxing writer, reporter and photographer who has covered world title fights from amateur boxing tournaments in Cuba to mega events in Las Vegas and the MGM. You can contact Carlos Costa by email at Carlos512@hotmaill.com, by Facebook or by cellphone +639184538152. “For the love of Boxing.”