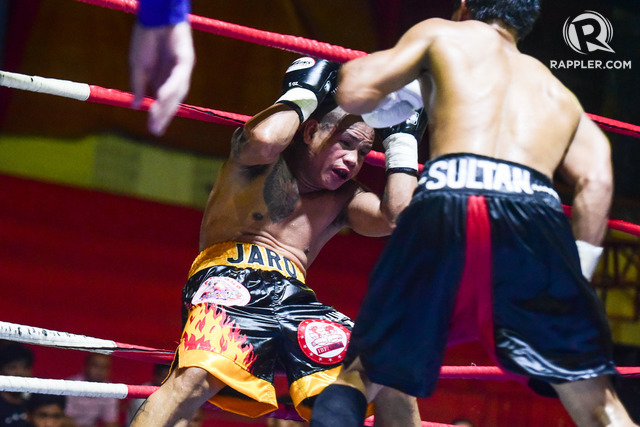 Sultan (13-3, 9 knockouts) used his speed and jab in the early rounds to keep Jaro (43-14-5, 30 KOs) at bay and set up straight right hands which landed with regularity. Jaro, who is 10 years older at 35, was boosted by the fight being in his adopted hometown and the presence of supporters from his local Iglesia ni Cristo congregation, and wouldn’t go out without a fight. He slowed the fight in the third with a low blow, and had Sultan hurt briefly in the fourth round with a sneaky right uppercut to the midsection.

But youth would be served on this day, and the question arose of how long Jaro would want to absorb flush right hands from his younger opponent. The end began late in the eighth as a counter left hook rocked Jaro into the ropes, and a follow-up barrage sent the aging fighter through the ropes for the count. The official time of stoppage was 2:07. (READ: Jonas Sultan, road warrior and reluctant Zorro)

“This is like a world title match for me because he is an ex-world champion,” said Sultan. “Maybe my promoter will put me in with the world champions.”

The fight was mandated by the International Boxing Federation (IBF) for Sultan’s Inter-Continental junior bantamweight belt, and a failure to meet Jaro could’ve compromised his no. 14 ranking with the New Jersey-based sanctioning body. Sultan, a native of Tampilisan, Zamboanga del Norte, is now based out of Cebu City, where he’s part of the ALA Boxing stable.

Though overlooked often due to the 3 early defeats he suffered, Sultan has risen to be one of the most promising fighters out of the ALA stable after scoring 4 straight knockout wins, including second round knockouts of Tatsuya Ikemizu in Japan, and Makazole Tete in South Africa. 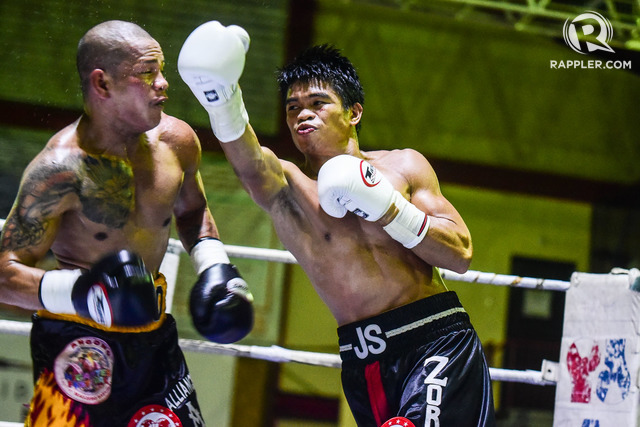 Jonas Sultan is currently ranked no. 14 in the world at 115 pounds by the IBF. Photo by Alecs Ongcal/Rappler 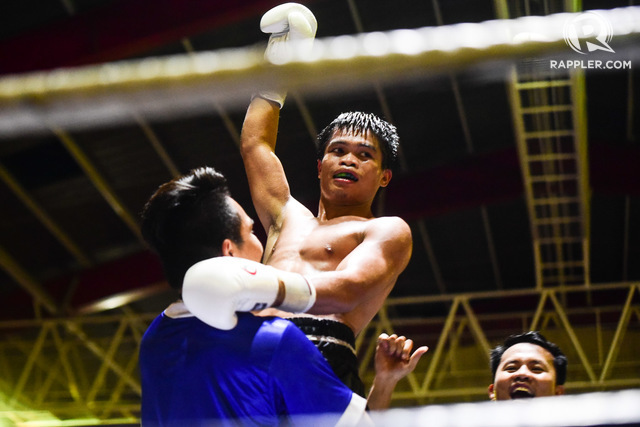 Jonas Sultan, overlooked because of his early career defeats, has become like a second round draft pick who outshines the top first rounders. Photo by Alecs Ongcal/Rappler

Edito Villamor, who trains Sultain alongside Robert Eturma, says Sultan could be ready for a world title shot in “maybe two or 3 fights,” while ALA Promotions president Michael Aldeguer thinks it’s time to put the spotlight on Sultan.

“He has the heart, he needs to work on a bit of skill and his jab more but the heart and power is there. Hopefully we can put him more on the bigger cards,” said Aldeguer, who promotes the long-running Pinoy Pride series on ABS-CBN.

Jaro loses for the first time in 9 fights. The Silay City, Negros Occidental native is best known for his 2012 upset knockout of Pongsaklek Wonjongkam, which ended the Thai’s second title reign and earned Jaro the WBC and Ring magazine flyweight championships. Jaro had fallen short in two previous title fights against Giovani Segura and Edgar Sosa.

The show was promoted by Anson Tiu Co’s Shape Up Boxing Promotions. – Rappler.com