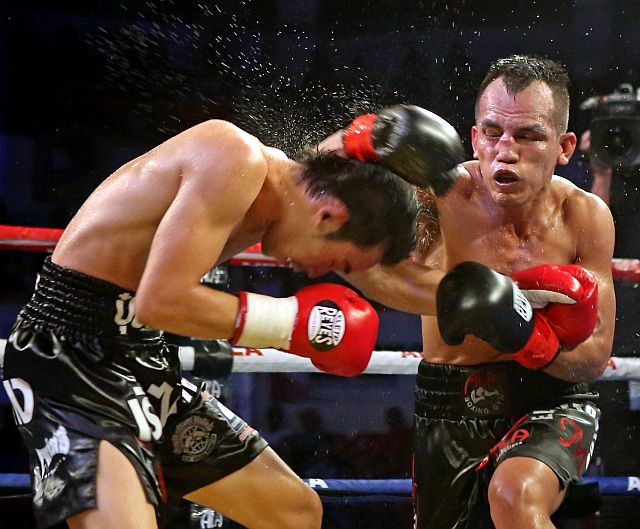 With less than two weeks before his third attempt to win a world title, Milan “El Metodico” Melindo did not leave a single stone unturned in his training at the ALA Boxing Gym here in Cebu City, according to his trainer Edito Villamor.

The 29-year-old Melindo has been training since December following his unanimous decision victory against Thai Fahlan Sakreerin last November for the IBF interim title here in Cebu.

According to Villamor, Melindo has trained hard to further enhance his arsenal.

“We worked on his speed because skill-wise, he already has it. His superb boxing skill is his main weapon,” said Villamor.

“We gave him strength and conditioning program as well and applied plyometric exercise and other essential workout to sharpen not just his speed but his foot work and power as well.”

“He needed these kinds of sparring partners because he has to improve on how to land his combinations accurately and I believe these boxers that he sparred will help him learn the much-needed techniques that we are trying to apply for him,” Villamor said.

Villamor said they are close to wrapping up their long and grueling five-month training camp in Cebu.

The team will fly to Tokyo, Japan on Monday.

Melindo’s first attempt to win a world title came up short when he lost to Mexican Juan Francisco Estrada for the WBO and WBA world flyweight title in Macau, China last 2013. He faltered in his second attempt in the hands of another Mexican Javier Mendoza on 2015 for the IBF world light flyweight title held in Mexico.