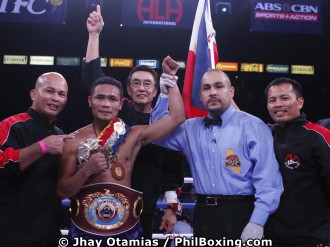 The Sportswriters Association of Cebu will hold its annual San Miguel Brewery-SAC Sports Awards on March 7 at SM City at 2 p.m.

Now on its 35th year, SAC will honor the various achievers in Cebu sports for 2016, a year that saw Cebu sports etch a new record with Mary Joy Tabal competing in the Olympics, Donnie Nietes extending his unbeaten reign and June Mar Fajardo winning his third straight MVP award.

Nietes, who is now campaigning in the light flyweight division, will be the first athlete in years who will be elevated to the SMB-SAC Hall of Fame. He is also a former Athlete of the Year and a perennial major awardee in boxing.

“To put Donnie’s achievement in perspective, some of our members were not yet sportwriters when Donnie first won his title and some of his fellow awardees have yet to learn to walk,” SAC president Mike T. Limpag said. “This is our way of thanking him for all those years of putting Cebu sports in the limelight. Aside from being a champion, he is a humble human being, a perfect example for other athletes, not just boxers, to follow.”

Tabal, last year’s Athlete of the Year, will also be honored again for running after becoming the first Cebuana marathoner to qualify for the Olympics. Tabal did it despite being out of the national team for the most part of 2016 and thanks to her coach John Philip Duenas and the generosity of her sponsor Jonel Borromeo of Motor Ace Philippines.

Borromeo, also a triathlete, will receive the Presidential award.

“We were all elated when Joy finally made it to the Olympics in her second attempt and we all know that without Borromeo and Motor Ace, Joy’s Olympic dream will just be a dream so it is fitting that we also recognize Motor Ace for its unselfish role in this dream,” said Limpag.

“Just like in previous years, all major awardees are candidates for the Athlete of the Year and the winner will be announced during the event itself,” said Limpag. “We request our athletes to show up early during the day.”

Aside from the major awardees, SAC will also hand out citations to athletes who made their mark in 2016.