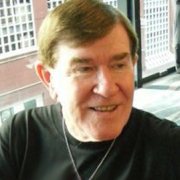 IBF Championship Committee chairman Lindsey Tucker has appointed New Zealander Bruce McTavish who has lived in Angeles City in the Philippines for over 40 years as the third man in the ring for the IBF Intercontinental super bantamweight title defense of Prince Albert Pagara against optional challenger Jesus Rios of Mexico in Dubai on August 7.

Supervisor of the title fight which will be held at the Dubai World Trade Center will be Onesmo Ngowi of Tanzania while the three judges appointed by the IBF are Filipino veteran referee/judge Silvestre Abainza, and Thailand’s Sanong Aum-Im and
Somsak Sirianant.

In his email to ALA Promotions which is staging the fight card titled “Duel in Dubai II” in cooperation with the giant broadcast
network ABS-CBN and its widely watched TFC-The Filipino Channel particularly in the Middle East, Tucker requested that the
officials be contacted “to make the necessary travel and lodging arrangements to insure that they are on location in sufficient time to participate in the rules meeting and weigh in that should take place on August 6, 2015.”

The undefeated Prince Albert Pagara who recently engaged five division world champion Nonito “The Filipino Flash” Donaire in a torrid sparring session as Donaire trained at the famed ALA Gym in Cebu in preparation for his fight against former European champion Anthony Settoul whom Donaire dropped Settoul three times en route to a 2nd round TKO.

Pagara hopes to put on an impressive performance before a predominantly Filipino crowd who are expected to pack the larger venue compared tno “Duel in Dubai I” which had a turn-away crowd of fight fans as he looks forward to a possible title fight against IBF champion Carl Frampton on Britain, down the road.

ALA Gym head trainer Edito “Ala” Villamor told the New Standard boxingmirror.com he is comnfident that Prince Albert that Prince Albert will overcome the challenge of the tough Mexican Jesus “Chito” Rios which will bbe the main event even as he believes that it would prime the unbeaten Pagara who is currently ranked No. 5 for a possible title eliminator before going after Frampton’s crown.

Rios has had a somewhat erratic ring career. He lost by a 6th round TKO to Jesus Rendon (11-1-1, 5 KO’s) on December 20, 2014 following a stunning 1st round TKO at the hands of veteran multi titled world champion Fernando “Cochulito” Montiel on July 26, 2014.

However, before the Montiel fight Rios won by a 1st round knockout over Cristian Lopez on June 20, 2014 and a 2nd round knockout of Cristian Rodriguez in a scheduled eight round bout on March 29, 2014.

However, Rios didn’t last long against hard-hitting southpaw Michael Farrenas, a protégé of former two-division world champion Gerry Penalosa and lost by a 2nd round TKO as referee Ferdinand Estrella called a halt at 2:40 of the round.

In response to the clamor of the large community of Filipino boxing fans in Dubai, ALA Promotions added light welterweight Jason Pagara to the fight card.

The 27 year old Jason has a record of 35-2 with 22 knockouts. He won the WBO International super lightweight title on August 18, 2012 with a cracking 6th round TKO in a rematch with menacing Rosbel Montoya of Mexico on August 18, 2012 and has successfully defended the title six times.

The elder Pagara will face Ramiro Alcaraz (15-4, 9KOs) in the 10 round co-main event. Alcaraz surprised WBC welterweight Silver champion Roberto “Massa” Ortiz in the early rounds of a title fight last April 12, 2014 and as both fighters exchanged big shots in the center of the ring Alcaraz suffered a cut on his left eyebrow following an accidental clash of heads but a short while later after the ring doctor checked the cut and determined he Alcaraz couldn’t continue, the fight was stopped and Ortiz granted a 6th round TKO.