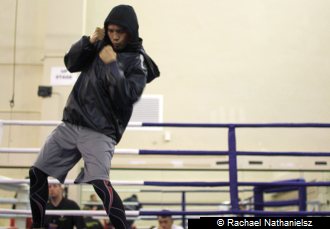 Five division world champion Nonito “The Filipino Flash” Donaire realizes he has the skill and the punching power to regain his place among the best fighters in the world and is determined to regain that stature as he trains relentlessly for his July 18 showdown with former European champion, 28 year old Frenchman Anthony Settoul in Macau on July 18.

Settoul has a record of 20-3 with 8 knockouts and won the vacant European Union bantamweight title with a twelve round unanimous decision over Craig Lyon on December 7, 2012, sending Lyon into retirement.

Settoul is coming off a 1st round TKO in a scheduled six round bout against journeyman Ignac Kassai of Hungary who had a poor record of 14-35 with 4 knockouts last October 2, 2014.

Donaire sparred six rounds with Magsayo on Thursday at the famed ALA Gym in Cebu and told the New Standard/boxingmirror.com that it was “a really good workout “ and that he “moved really well”

Donaire who was at one time No. 5 in the pound for pound rankings said he is “excited and is trying to get back everything and eager to be the old Donaire” who was named “Fighter of the Year” in 2012 after a string of impressive victories.

Donaire is aiming to get a crack at the WBA champion Scott Quigg of Britain who is expected to retain his title in a clash with Kiko Martinez of Mexico on July 18 at the Manchester Arena , the same day Donaire fights Settoul in Macau.

Both Donaire and Quigg are heavily favored to win although Quigg returns to the ring after a lengthy layoff following a unanimous decision over Hidenori Otake in his fifth title defense on November 22, 2014 before he underwent surgery on his right hand one month later.

Donaire said his manager Cameron Dunkin had spoken to the handlers of Quigg who are reportedly “very interested “in making the fight happen, prompting Donaire to state “that will be good.”

ALA Promotions head trainer Edito “Ala” Villamor told the New Standard/boxingmirror.com that Donaire is being trained by his father, “Dodong” Donaire and that Nonito “looks in much better condition than before “when he faced Brazil’s William Prado in a “Pinoy Pride” fight card at the Araneta Coliseum.

The 32 year old Donaire who has a record of 34-3 with 22 knockouts is coming off a 2nd round TKO victory over Brazil’s William Prado last March 28 in which he won the vacant North American Boxing Federation title when the referee called a halt at 2:16 of the round when Donaire was battering the Brazilian.

It was a confidence-building victory after Donaire suffered a stunning 6th round TKO at the hands of Jamaica’s bigger and stronger Nicholas “Axe Man” Walters at the StubHub Center in Carson City, California on October 18, 2014.

Walters failed to make the weight for his title defense against Miguel Marriaga on Sunday, Manila Time, and was stripped of his WBA featherweight title.

The Macau fight is expected to be another opportunity for Donaire to showcase his ring savvy, speed and punching power en route to a stiffer challenge down the road after Top Rank decided not to enter a purse bid for a title eliminator with Mexico’s Hugo Ruiz who was subsequently declared mandatory challenger for the WBC title held by Leo Santa Cruz who is expected to relinquish his super bantamweight crown and move up in weight.